What Is the 28 Day Camping Rule? 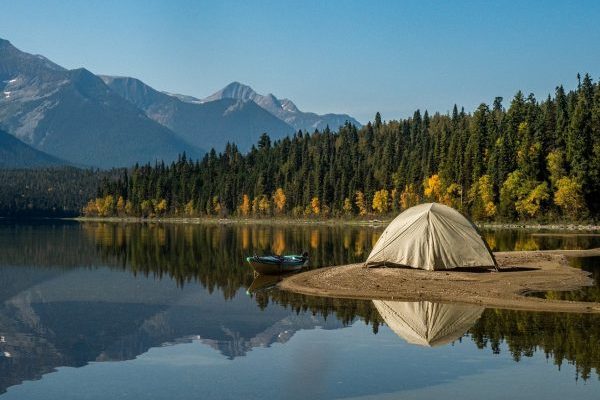 So, we guess you’ve watched 28 Days Later, but this has nothing to do with the cult flick. Bit of an expected opening line, right? Anyway, many beginner campers around the globe wonder what is the so-called 28-day camping rule. At least that’s the impression you’d get by browsing forums and message boards.

It seems as though there aren’t many answers to this conundrum online. That’s exactly why we’ve chosen to speak a bit about the 28-day camping rule today! If you’re one of those curious beginner campers, this one’s for you! Stick around for some useful info!

The answer depends on which country are we talking about. In the USA, this rule means you can set up a campsite on public land for 14 days within a consecutive 28-day period. Here’s the UK version: public land usage for various purposes for up to 28 days during a calendar year without the need for a permit.

Of course, that’s not the whole explanation! For a more in-depth look at this issue, feel free to continue reading!

Why should you know this?

One might ask: why’s this info beneficial to me? Why should I know anything about the so-called rule or somethin’? There’s a good reason why a person needs to get informed on the matter. By choosing not to follow the aforementioned rule, you might get into some legal trouble. Paying fines certainly isn’t something you’ve asked Santa for before this very year even began, right?

Okay, so now that we’ve made that clear, let’s see what’s the whole 28-day-camping-rule concept about!

What is the 28-day camping rule?

The response to the question in the title depends on who’s the one answering it. In other words: whether the person you’re asking the question is coming from UK or US. It’s fairly simple to understand; the 28-day camping refers to two different concepts in two different countries. Let’s start with the UK.

28-day camping rule in the UK

Let’s put it into the simplest of terms: the 28-day camping rule in the UK means you can use public land for various purposes (such as camping, certain events, etc.) for up to 28 days throughout the calendar year without needing a permit. Whether you’ll “disperse” ’em (into 4 separate camping weeks, for instance) or organize a 28-days-in-a-row stay – it’s completely up to you. As long as you don’t exceed the proposed time period, you’re totally fine!

Has something changed in the meanwhile? Once the COVID19 pandemic struck, this rule was tweaked into a 56-day camping rule. Only to be brought back to its earlier state in January. So, yeah, it’s the way it was now.

28-day camping rule in the US

Now you’ll see the difference. In the United States, the rule is usually applied on the public land that you can camp on for 14 days within a consecutive 28-days period. The absurd part is that you’ll have to move at least 25 miles away from the campsite until the 29th day after you’ve occupied the area in the first place. 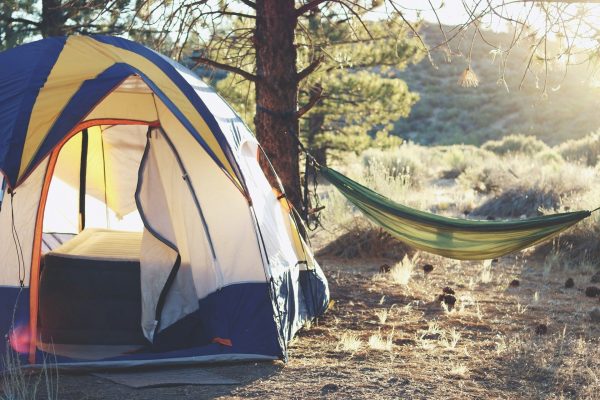 Other camping rules (written and unwritten)

While we’re on the subject of the 28-day camping rule, why should we miss the chance of expanding our talk on other (written and unwritten) camping rules? That being said, let’s what are the other rules campers need to follow in order to enjoy their outdoor adventure without any issues.

A bit long for a paragraph title? Anyway, one can assume there just isn’t enough room for your two vehicles at each site. If that’s the case, there’s a good chance you’ll have to park in the so-called overflow lot. All in all: it’s best you avoid trying to squeeze a second vehicle into the site if the campground rules clearly say that’s prohibited.

#2 Pay attention to the campground rules concerned with pets

Are your little buddies tagging along? If so, you’ll want to know that certain campgrounds don’t allow you to bring any pets onto the site. Also, there are campgrounds that allow only certain dog breeds to enter (sounds a bit weird, doesn’t it?). Anyway, even the ones that allow your doggies to be on the campsite require you to keep them on a leash at all times (even if you’re convinced you’ve got the friendliest dog on planet Earth).

Also, don’t forget to pick up after your dog while on the site. You’ll probably find bag dispensers throughout the camp. It’s very important you apply the leave-no-trace philosophy to your doggie’s waste. For a more detailed peek into the world of camping with your furry friends, pay a visit to this page on our blog.

#3 Set up campsite only in the designated areas

We’ll be short here. Just try not to set up the camp too close to or “trespass” the empty site next to you. Your neighbors might be arriving later on (here’s how you’ll set up camp at night), and, trust us, the last thing in the world they’d want to see and deal with is another camper’s stuff in their area. Here’s a common sight: your camping neighbor’s bicycles leaned onto your picnic table.

#4 Avoid casually walking through other campsites

Let’s move on to another try-not-to-be-rude-to-other-campers kind of a rule. Some say this is probably the most important unwritten camping rule. Here’s a summary: casually walking through other folks’ campsites is absolutely not recommended. One might do it without realizing it. That’s exactly why you’ll want to see if there are any signs that show where to access this or that without passing right through another campsite.

Also, try to teach your young ones it’s definitely not ok to cut across other folk’s campsites just because it’s the quickest way to get to the playground or the pool or whatnot. Kids should learn basic camping etiquette from the earliest age.

Don’t forget to respect the quiet hours proposed by each campground. Most campgrounds have these hours posted at the check-in. Also, you can find them online, on the campground’s website. If you folks leave the city because they can’t take all the noise anymore, try not to bring the city with you! Imagine you’ve gathered the family for a nice outing in the wild, and there’s a group of drunk folks organizing a party in the middle of the afternoon.

If you’ve ever encountered such a party, there’s a good chance you’d never “conduct” one yourself. However, folks tend to speak in diminutives when they’re the ones that created the issue in the first place.

#6 Don’t wash the dishes in the bathroom

This is one of the most common things that shouldn’t be happening at various campgrounds throughout the world. Even though many folks don’t see anything wrong with the idea, campgrounds bathrooms aren’t something you’d call ideal places for some good ol’ dishwashing. Keep in mind there’ll be folks brushing their teeth and washing their faces; it’s not sanitary to wash your dishes there.

Of course, it’s not like you won’t have the opportunity to wash your dishes someplace else. Each campground will have its own designated place that’s meant to be used for dishwashing.

This one goes without saying. Make sure you dispose of all your trash and recycle. Just take a stroll around the campgrounds and pick up pieces of trash that you’ll either dispose of or put inside a recycling bin. Since human waste (whether natural or “unnatural”) is a serious health hazard to many human and non-human living beings on the campsite, it’s very important you take care of the issue.

Keep in mind there are many folks present on the site with their kids wandering around or enjoying bicycle rides. That being said, it’s only natural you’d want to respect the campground speed limit, or even go way below it. Basically, it’s just a matter of common courtesy,

#9 Clean after a picnic and other info

Imagine you’re eating with your fellow campers, and you’ve decided to take a hike right after the meal’s over. Also, imagine you leave the food out in the open. There’s no need to imagine what will happen next – you might attract some, for the lack of a better syntagm, unwelcome guests. In other words: you might attract some dangerous wild animals (most notably: bears). Many bear encounters have happened in the past couple of decades because of this; you absolutely want to avoid witnessing such a scenario.

Here’s a little extra tip: if you’re wondering will something else attract unwelcome visitors (again: bears and other dangerous animals), here’s an article you might want to check out.

Alright, folks, that’s about it on the whole what-is-the-28-day-camping-rule-and-camping-rules topic. We hope you’ve enjoyed reading this one as much as our last piece on hammock camping.

For more camping-related info, pay a visit to this page.

← Prev: Where Do You Put Your Pack When Hammock Camping? Next: How to Stop Sweating in a Sleeping Bag →