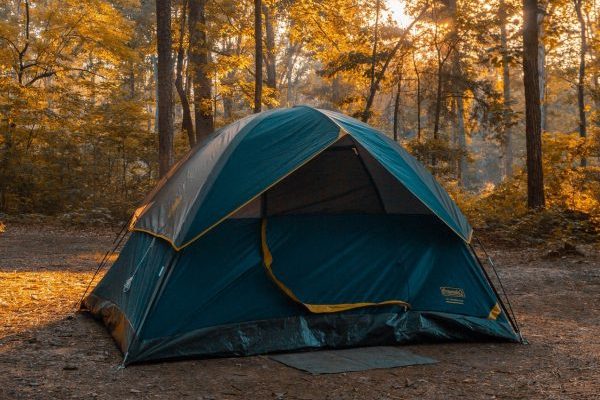 So, you’re thinking about purchasing a new tent? Wondering if Eddie Bauer tents are any good? If your answer’s a YES to both of these questions, we’re quite sure you’ll appreciate what we’ve got in store for today.

Heard about Eddie Bauer yet? And nope, it’s not that guy from high school who later won gold in the International Mathematical Olympiad. Anyway, since we reckon some of you mightn’t know who the guy was, we’ll also talk a little about the owner of the company whose firm we’ll review in the text below. Stay tuned for some useful info!

Whether Eddie Bauer tents are any good is kind of a hard thing to say. Some of them are favorites among the outdoor-lovers crowd, and some of them don’t quite live up to the task. However, one thing’s for sure: Eddie Bauer is a company that makes outstanding outdoor clothing, have no doubt about that.

Reading only the preview won’t bring you any closer to buying the tent of your dreams. Therefore, read the whole thing!

Who was Eddie Bauer?

First things first, let’s consider the fellow who kick-started one of the leading outdoor-equipment companies on today’s market. So, who was Eddie Bauer?

You’ll want to know that Eddie Bauer (1899-1986) was a famous US outdoorsman, inventor, and, of course, businessman. In the year 1920, Eddie, someone you’d call an avid outdoorsman, founded a sports shop in Seattle, Washington (speaking of Seattle, here’s whether the Pacific Coast Highway is RV-friendly). At first, he specialized in tennis rackets, hand-made golf clubs, and much other stuff one can’t associate with the outdoor lifestyle. However, things were soon about to change for Eddie Bauer! Let’s just first say that Eddie did one phenomenal thing during his early years: his customers were offered an unconditional, lifetime warranty and they could’ve returned a certain item anytime they pleased, if, of course, the item in question wasn’t functional.

A couple of years after he founded the store, Eddie Bauer almost died of hypothermia while on a fishing trip. That, among other things such as stories from his relatives, inspired him to experiment with goose down. To be more precise, he bought $25 worth of goose down.

Let’s jump to 1936 when Eddie Bauer introduced the so-called “Skyliner” to the market. It’s a quilty, down-filled jacket that pretty quickly became something of a standard for all the lovers of the outdoors. The first US citizen to climb Mount Everest wore one during his most difficult endeavor, in 1963. Also, in the period between 1934-7, Eddie Bauer patented about twenty items, including the famous down parka.

Once WWII broke out, The US Army Air Corps commissioned more than 50K Eddie Bauer B-9 Flight Parkas that were made with the intention to keep pilots safe and warm while flying at higher altitudes. Besides this jacket, Eddie produced another half a million sleeping bags, and various other items for the US Army.

Eddie retired in the late 60s and sold the business to his partner, W. Niemi, and a couple of other investors. However, they soon sold the firm to General Mills. Until 1988, when the firm was once again sold to Spiegel, Eddie Bauer became a major retailer operating in 61 outlets. The firm grew quite a lot during the 90s, greatly expanding its line work in terms of the products it was selling (camping equipment was introduced in 2001).

Eddie Bauer continued to enjoy the outdoors until his death in 1986.

So, this is where we’ll stop our little history lesson since we don’t want to waste any of your time not talking about whether Eddie Bauer tents are any good. Let’s find out together! 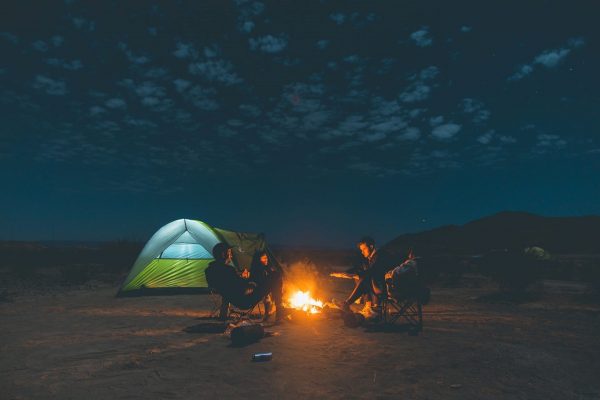 Are Eddie Bauer tents any good?

Here’s the thing: this ain’t a question that you can answer with a simple YES or a NO. That’s because opinions on the matter inside the outdoor-lovers community mostly differ from one another. Some folks say they’re excellent, some folks think otherwise. Also, it all depends on the model we’re talking about. In this segment of this article, we’ll try to introduce you to the discussion.

Most outdoor experts would agree that Eddie Bauer is a fantastic brand when it comes to outdoor clothing. Also, they price their stuff pretty reasonably, so that’s another thing that makes this brand appealing to many entry-to-mid-level outdoor enthusiasts.

There’s no need to emphasize there’s little debate about whether this Eddie Bauer tent is any good. That’s because most outdoor lovers unanimously chant: IT IS!

What about other Eddie Bauer tents?

Okay, so now that we’ve shown you a tent the company’s proud of, let’s see if there’s a so-called bad egg inside Eddie Bauer’s offer of tents.

We’re talking about Eddie Bauer’s Olympic Dome 10 Multi-Room Tent. If you were to check online reviews (we haven’t used it), you’d see a lot of folks complaining about this model. Most folks say this model’s pretty easy to set up, but that feature isn’t able to suffice for all the frustration they’ve experienced after they finished with that part. Here we’ll show you some of the issues that appear in almost any bad review we were able to find:

Okay, so that’s about it. We haven’t included some of the remarks angry customers had that weren’t actually concerned with the tent itself. So, there you go, this one might be alright when you’re camping in cold & dry weather. Otherwise, you’ll want to opt for another model.

Something of a conclusion

As we’ve already said, there’s no way that we can generalize here. Some Eddie Bauer tents are awesome, some don’t quite live up to the task (the latter seem to be in minority). One thing’s for sure, though. You can always count on Eddie Bauer when it comes to outdoor clothing! Now that we’ve provided you with something of a conclusion to the whole are-Eddie-Bauer-tents-any-good story, let’s if there’s some similar info we’d like to share.

Which is the best tent brand?

Okay, so let’s say you’ve decided to avoid opting for an Eddie Bauer tent. It’s only natural you’d ask: okay, so what are the other options? Here we’ll show you some of the most renowned tent/camping equipment brands. So, shall we begin?

Let’s begin by mentioning just why Coleman tents have an awesome reputation. First of all, they’re not that costly. Also, they’ve got fantastic family-sized tents inside their catalog. Lastly, they’re well designed and offer quality weather resistance.

Okay, and what about the cons? They’re not so great for backpacking (and here are some backpacking tips). Also, if you’re looking for a 4-season tent, you’ll want to continue your search someplace else.

Once again, let’s start with the pros. You’ll want to know that MSR tents are ultralight (suitable for backpacking) and they’ve proven to handle various weather conditions, regardless of extremity, pretty good (they’ve got fantastic all-season temperature control). Also, they come with a 3-year warranty.

Their only “flaw” is that you’ll need a bigger pocket if you’re planning to buy an MSR tent since they tend to be a little expensive. Before you begin to think MSR is our sponsor, let’s see if there’s another tent brand we’d like to mention.

You’ve probably heard of North Face before. It’s a pretty well-known brand. Anyway, North Face makes tents that are great for backpacking (they’re lightweight). Also, they’re very durable and are able to withstand adverse weather conditions. Not to mention that they’re probably the most affordable option we’ll mention in this segment.

However, there are certain downsides we can’t avoid mentioning: North Face tents don’t come with repair service. Also, you’ll only find them in the 1-4 person variants. Lastly, they’re somehow limited when it comes to tent design.

Now, you might want to ask: what about Big Agnes tents, are they any good? Follow that link to find out everything there’s to know about them.

Alright, that should’ve done it! That’s all we’ve prepared today for this article on the are-Eddie-Bauer-tents-any-good debate. As usual, we hope you’ve had some good clean fun reading this one, and that you’ve picked up something you haven’t known before. For more tips on camping and camping-related subjects, simply visit this page on our blog.

← Prev: How Do You Support a Truck Camper off a Truck? Next: Is Mountain Hardwear a Good Brand? → 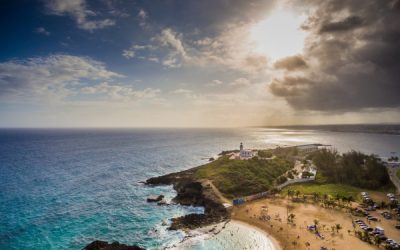 There are many ways how you can explore the magnificent island of Puerto Rico. Sure, you can book a 5-star hotel trip, but where's the outdoorsy adventure in that? If you are an outdoorsy type of traveler on a budget, may we suggest backpacking Puerto Rico instead?...