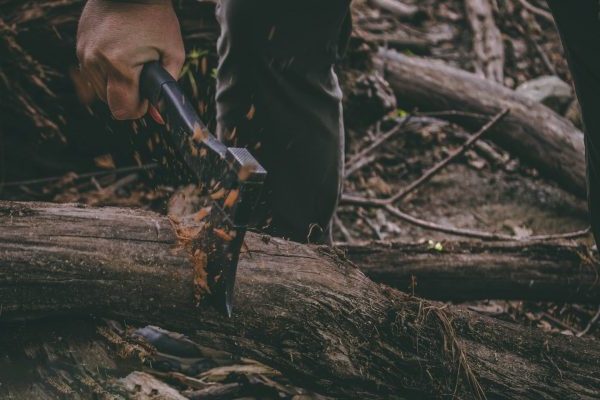 Wondering what kind of tools you might need for an awesome outdoor experience? Alright, you might want to think about obtaining a good camping axe. Oh, a hatchet? Nope, a camping axe. Isn’t that the same? Wait, let us introduce you to the Husqvarna camping axe vs hatchet debate.

The section above can go both ways. A quality hatchet is also a part of the standard camping equipment, so the first person could’ve just as easily suggested obtaining it instead of the camping axe, and then the other one would say… Well, you get it. Anyway, we’ll try to clear things up a bit.

Are you surprised that there’s actually a difference between a camping axe and a hatchet? If so, this article will be an eye-opening one. We’ll show you a comparative study of the two items, both manufactured by the legendary Husqvarna. Okay, a comparative study might sound a bit too academic. Anyway, check below to see if there’s a winner in the Husqvarna camping axe vs hatchet battle.

If you’re on the lookout for a quality outdoors tool choosing Husqvarna camping axe over the Husqvarna hatchet might be the better of two choices. It’s lighter, smaller, and has proved to be very efficient for chopping wood. Still, that doesn’t mean obtaining the Husqvarna hatchet is a wrong investment. Quite the contrary!

Now, what’s so different between camping axes and hatchets?

It’s safe to assume most folks would say that they do resemble each other. Still, there are subtle (and not-that-subtle) differences. Here are the most important physical distinctions:

Come to think of it, that last segment sounds kind of aggressive. That was not the intention. Anyway, those were the main differences between camping axes and hatchets, when we consider their physical dimensions and characteristic. Here’s one of the things they have in common: you can use the back of their axe head to softly put tent stakes into the ground. 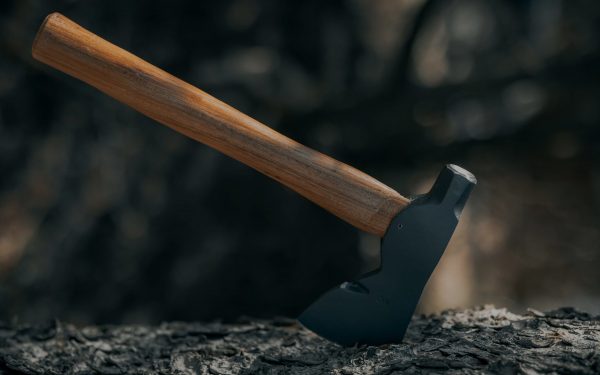 A camping axe or a hatchet? Test what you’ve learned in the paragraph above this image.

Which ones are better for camping then?

After reading about the differences between those two kinds of tools, one might wonder which type is more suited for camping endeavors. One would also have to notice that finding the right answer is not as easy as it seems. You wouldn’t be the only one to struggle with it.

If you were to scan some portion of the web containing info on these two, you’ll surely find something of a pattern. It goes a bit like this: camping axes are designed for cutting sturdy chunks of wood and they’re more powerful en général, which makes them better companions on a camping trip. But, hatchets are also nice because they’re small, easy to carry around, and efficient.

Instead of giving a straight solution to the mystery of whether it’s better to carry this or that, it might be better to see what our Swedish friends from Husqvarna have to offer to this discussion.

A brief history of Husqvarna

At the beginning of the 20th century, the company became well-known for its motorcycles. Not just well-known, it gained a worldwide reputation. The gardening/outdoors turn came in 1919 when Husqvarna started developing lawnmowers. In 1959 first chainsaws made by Husqvarna saw the light of day. Since we mentioned chainsaws, click here to see if you really need to carry them too on your adventures.

Nowadays, Husqvarna is the world leader in gardening/outdoor survival equipment. You might’ve already known these facts. Still, we thought it might be best to share this fascinating history with our readers.

Now, let’s cut to the chase.

Okay, once again we made it sound like an informal camping thesis or something. It was the last time, we promise.

So… Ladies and gentlemen, here are the contenders.

Let’s measure the potential champion of the outdoors.

As you can clearly see from the stats above, the Husqvarna camping axe is a great addition to your camping equipment. Why’s it so great? Because it’s fairly moderate in size (or even small) when compared to some other camping axes. Also, it’s really, really light (what is a pound?).

You can easily strap it to your belt holster and feel like you’ve attached a feather (a stylish innovation of its own). Anyway, it’s a camper’s delight, you can practically carry it everywhere without feeling overburdened.

Most users note that the Husqvarna camping axe is a pleasure to use because it balances well in the hand. Also, some like to point out that the handle is thick than usual, which most people find very comfortable. The axe head is wedged nicely, and it doesn’t move after years of usage.

The question mark is there just so we can say: yes, it’s also very efficient when it comes to chopping wood. Its sharpness is just perfect, users say. You’ll be very surprised by its power, they add.

All in all: you can’t go wrong with choosing the Husqvarna camping axe as a part of your outdoor adventure necessities. A big round of applause, ladies and gentlemen!

And in the left corner – Husqvarna hatchet

Our next contender might be a bit different, but that doesn’t have to mean anything. Let’s see his basic info.

Now, in the beginning, we’ve mentioned hatchets are usually smaller in size than regular camping axes. As you can see here, that isn’t always the case.

He put on a little weight lately, but that’s alright

Since it weighs 1.5 pounds, it’s a bit harder to carry around when compared to the Husqvarna camping axe. Still, 1.5 pounds isn’t big of a deal. It’s still pretty light.

It also has an eye-pleasing leather sheath

We won’t bother mentioning how cool the leather sheath that comes with the Husqvarna hatchet is, since it kind of looks the same as the one made for the camping axe.

So, about those reviews…

We can’t say the users are very satisfied with this item. Some reviews you’ll find on the web don’t really give a good picture, some praise it. You might wanna say opinions differ from user to user. All in all: let’s say it got mixed reviews (just like some very cool movies, so that doesn’t mean a thing).

Just like its fellow contender, the Husqvarna camping axe, this one has also shown some power when used to chop wood.

If you were to carefully look at the specifics we mentioned above, you wouldn’t see a big difference, except for mixed feelings some users have about this tool and size/weight distinction.

So, what have we learned about these two? Shall we do a quick summary? These are some essential facts that came up from the debate on which of the two items is more suitable for outdoor activities:

So, who’s the winner here?

It wasn’t an easy choice, but the judges came to a decision. The Husqvarna camping axe won only by a nose. Okay, it was definitely not a small nose, but not a big one either. Anyway, the main arguments are the weight, the easy-grip handling and durability camping axe can provide, and the user reviews (which you should always take with a grain of salt). Maybe you have a different opinion? We’re certain that even if you choose the Husqvarna hatchet as your camping tool, you won’t make a mistake!

← Prev: Camping With Great Dane - Tips From Outdoor Experts Next: Can You Walk Through Water With Gaiters? →