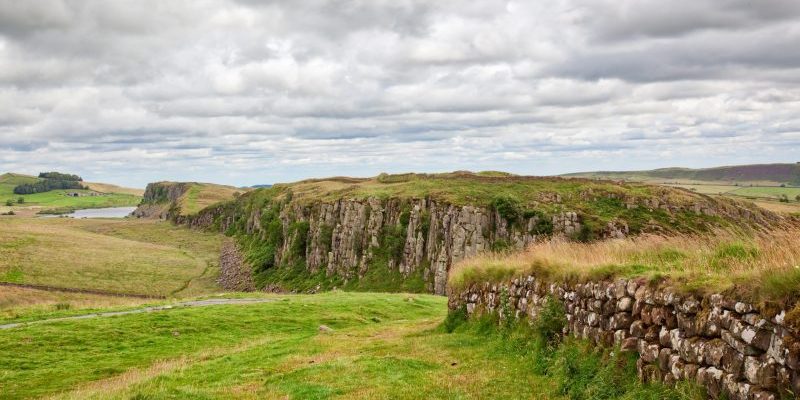 The stunning views of Northumberland’s Cheviot Hills are the home to the Ingram Valley, widely known for its fresh air and clean water. This serene and amazingly beautiful area is characterized by its wild moorland and hills. Ten miles from the coast, the area is attracting an increasing number of campers and backpackers.

Ingram Valley is home to choosing great camping spots, but also a place where you can enjoy tranquility, big skies, and breathtaking views. It doesn’t matter if you’re a fan of moderate family strolls or exciting hill and moorland trails. There are 600 miles of footpaths and bridle trails to explore.

While wild camping is generally illegal in most of the UK, except in Scotland, there are options you can consider. You can easily make your wild camping trip legal if you have a landowner’s permission to camp on their land.

Read through this article to find out about camping options in the Ingram Valley and the remarkable beauty of Northumberland’s National Park.

Northumberland National Park borders Scotland and the North Sea. In addition to its exceptional natural beauty and diversity, the area is also known as a setting for various battles. There are mountain wetlands running through the world-famous heritage – Hadrian’s Wall. You can study ten thousand years of human evolution in this region. Especially if you visit places like Peel Towers, Duddo Five Stones, Yeavering Bell, and others.

This is the northernmost national park in England covering the area between the Scottish border and the south of Hadrian’s Wall. The entire area from the Border Reivers and drovers to towers and castles is a great place for both family getaways and hiking trips. You can stroll around riverside paths or settlements dating back 2,000 years.

For those keen on hiking, Northumberland is one big bundle of paths and routes waiting for you to explore. There are numerous opportunities if you like secluded trails, miles of beautiful coastline, and fascinating archeological sites to discover. You can follow in the footsteps of the Roman legions in Hadrian’s Wall Country. Or hike on a long-distance trail through historic sites and enjoy fairy-tale landscapes. 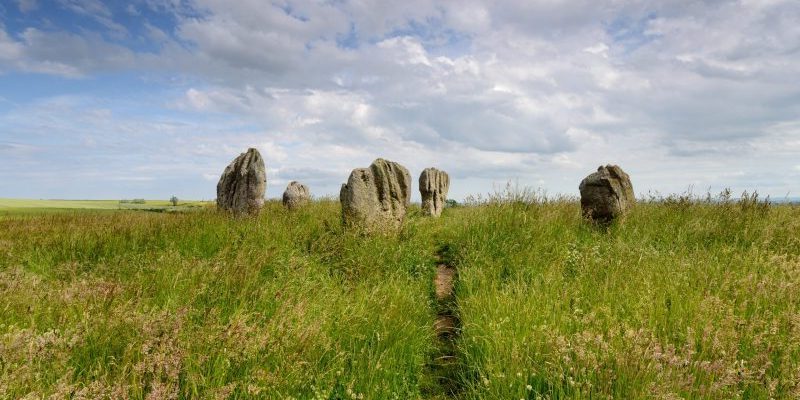 Take a Walk on the Wild Side

Should you head for Northumberland, there are a plethora of things to do if you’re a nature lover. From hidden waterfalls and rare wildlife to castle-and-coast walking routes, it could be a trip to remember. A variety of long walking routes can satisfy beginners, heavy-duty hikers, and everything in between.

From coastal strolls to inland adventures, you’re sure to find the perfect route to suit your style and preferences. It could be a guided walk or independent exploring with suggested routes.

The rolling hills and beautiful riverside of the River Breamish make the Breamish Valley area perfect for picnicking on the green meadows. If you’re a fan of archaeology, you can walk up to one of the many prehistoric hillforts. In case you’re more of an adventurer, you can visit the beautiful Linhope Spout waterfall, or cycle the valley road.

The Breamish Valley is known for its numerous prehistoric hillforts. Built by ancient Britons 2,300 years ago, these stone-and-earth enclosures tell the story of the people who had once inhabited the area. Some of these hillforts, such as Middle Dean, Wether Hill, or Brough Law, hide the traces of the timber roundhouses.

In the surrounding hillsides, you can see the cultivation terraces on which ancient inhabitants of this area grew crops. There are also burial cairns dating to the Bronze Age (4,000 years ago).

If you’re a fan of the picturesque English countryside. Ingram Valley is a great place to experience it. Along with the Cheviot Hills overlooking the valley as a part of the Northumberland Nation Park. The valley stretches along the River Breamish where you can enjoy the lovely river walk, burns, moorland, or a family picnic.

This area is becoming increasingly popular among those looking for peace away from the bustle of their everyday life. Whether you’re a fan of relaxing by the river or hiking up the Thale hills, Ingram Valley has something to offer. There are also traces of Bronze Age settlements and a gorgeous Linhope Spout waterfall to visit.

If you’re traveling to Ingram Valley, you’ll find a car park and visitor center with public toilets at the very entrance. You can park along the side of the road and towards the river, which can be very convenient for those planning a picnic.

Ingram Village Hall used to allow people to indoor camp in the hall at a fixed cost. This way you could enjoy a beautiful view of the hills and have access to a fitted kitchen and facilities.

How to Get to Ingram Valley?

Whether you’re traveling from the Scottish Borders or the south, the Breamish Valley is easy to get to. If you’re heading for Ingram in the Breamish Valley, it takes approximately one hour from Newcastle or one hour, fifty minutes from Edinburgh. There are rather few visitors venturing past Hartside within the valley, being the farthest allowed point for visitor cars.

Now that we’ve introduced you to this amazing area, you should get familiar with the camping options. Especially wild camping in the UK, which is generally illegal.

Camping Laws in the UK

Generally, wild camping is illegal in England and Wales and permitted anywhere in Scotland. However, there are some exceptions to the ‘anywhere’ rule.

Where Can You Wild Camp in the UK?

There are many camping, glamping, and campervanning sites all over the UK, some of them being hugely popular. Still, that doesn’t leave much space for those keen on kipping under canvas. Wild camping or camping in a rural spot without the confines of a standard campsite has also increased in popularity.

As per regulations, wild camping without the landowner’s permission is not legal in England, Wales, and Northern Ireland. However, wild camping is not prohibited in Scotland, meaning you can pitch up almost wherever you like, including National Parks. The only restrictions apply to areas around Loch Lomond.

There are also some options for those who want to wild camp in England or Wales. For example, there are some forms of wild camping available in Dartmoor National Park. However, due to poor treatment of some areas, there is a temporary camping ban in certain areas of the National park.

You can also check some of the local farms allowing wild camping in Wales, provided by the Brecon Beacons National Park Authority. In Exmoor, Snowdonia, and the Peak District National Parks, you need to ask the landowner’s permission. And leave no trace of your stay when you’re gone.

There are also options like nearly-wild camping. A network of locations is available to campers opting for a secluded or wilder camping experience.

As explained, you need a landlord’s permission to camp anywhere in England, Wales, and Northern Ireland. Besides, there are other locations where you can pitch up a tent – in national parks. There’s no general rule regulating wild camping in England’s parks. Yet, some of them have designated areas in which wild camping is allowed.

There are large areas In Dartmoor National Park, where wild camping/backpack camping is allowed. The national park has its own guide to camping with an interactive map showing where you can wild camp. Elsewhere in England and Wales’ national parks, there are no designated camping areas. Yet, wild camping is generally accepted in the high fells of the Lake District.

In other national parks, wild camping is generally illegal.

There is a variety of great campsites offering a “wild” camping experience. You’ll still be able to enjoy remote sites, limited pitches, and breathtaking landscapes.

In terms of Ingram Valley, in particular, the same rules apply as in other parts of the country. It means that wild camping is generally illegal and there are no designated camping areas within the national park.

The Cheviots – a boggy, yet impressive alternative scenery to the Lakes and the Pennines, offer certain possibilities for wild camping. However, your camp location should be situated on the Scottish side (where it’s legal).

To Sum It Up

To make sure your wild camping pitch is legal – in Ingram Valley or anywhere else – you just need to ask a landowner. While you may stumble upon a perfect place by chance, we recommend identifying the landowner before you head to an area. Should you stumble upon a farmhouse, it’s both sensible and legal to ask if you can stay a night or two.

← Prev: Does RV Fridge Cool Faster On Propane Next: Can You Double up Sleeping Bags →