Can You Sleep in Your Car in Ireland 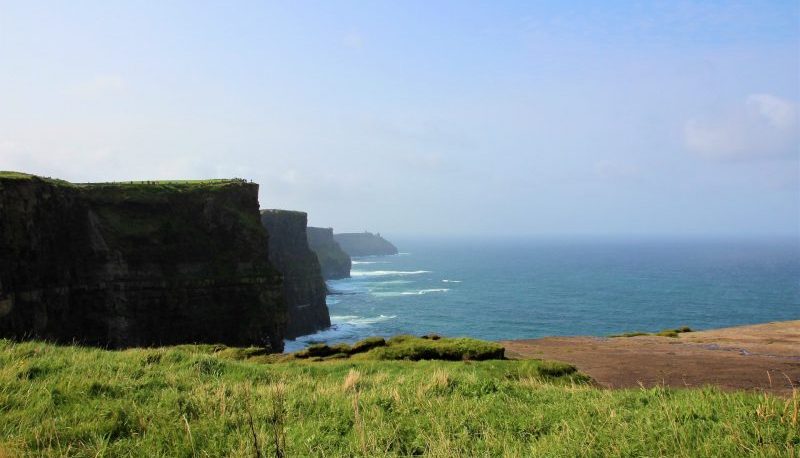 People who come to visit Ireland, particularly Americans, might not be accustomed that it might be illegal to simply park a car somewhere and get some shut eyes. The camping mentality slightly differs among Americans and Europeans, which is why it is important to learn about the country, customs, and laws before visiting.

Car camping and wild camping is common practice with low-budget campers, but there are a few things travelers should look into before taking on such an adventure.

Anyone can sleep in a car camp in Ireland, but it might not be as comfortable/secure as bringing a tent and sleeping in it in selected locations. There are several risks, especially if the car was not properly serviced.

Car Camping in Ireland – Do People Do It?

In practice, it is quite rare for people to sleep in a car, and the action itself is not illegal but the place where the car is parked might not be suited for such activities. In Ireland, the most common practice for ‘low budget traveling’ is to use hostels or camping sites that are available in virtually every county.

Wild camping is ‘illegal’ in Ireland, but it is common practice. Many campervan owners will do it as discreetly as possible. There are also areas known in the camper communities.

The main trick is to simply use private cars and find private lands that you can use with the permission of the owner. Pub car parks are often used by campers in exchange for giving the pub their custom.

Keep in mind that if you are on public land, and a police officer knocks on your window, even if you are sleeping, after a few drinks you are intoxicated in a vehicle. You could get a fine, end up in court or get some sort of ban from the company, country, etc. It depends on the way you communicate with the officer, as well as their tolerance (but don’t count on it).

What is Wild Camping?

Wild camping refers to camping activities performed outside campsites. It is common practice when you are backpacking through some beautiful wilderness, and is an option when you are driving through sparsely populated areas, going down a river, etc.

The idea behind it is not to break the law intentionally, but rather to move away from busy campsites and caravan parks. Some people enjoy the thrill of the unknown and setting off into the silent wilderness. However, there are some things you need to do beforehand and plan out some activities in advance.

One of the first things is to obtain permission from the landowner before setting up a tent (or parking a car) on their property for the night.

The green hills and the majestic views are every camper’s dream. In Ireland, the wilderness is not so wild, as there are no snakes or bears. Nature is mostly tame and there is no threat of getting harmed by wildlife.

Humans, on the other hand, can cause some fuss, anxiety, and headaches. The remote countryside with the Irish folk is not as remote in reality. There are many curious eyes, long tongues, and skittish individuals that have a natural talent for ruining a perfect camping day. Because of this, it is important to know a few things beforehand.

Where to Go Camping in Ireland

In Green Ireland there are four major walking route schemes:

Some of these paths were developed with the consent of landowners who are crossed by the trails. Now, unlike the UK and Scotland, people visiting or residing in this country do not have the ‘Right to Roam’. This means that no one is allowed to walk on private properties without the owner’s permission.

Ireland has defined distinctions between Public and Private Rights of Way. A public right of way is a right that allows you to pass by along a road or a path, even if it is not in public ownership. Furthermore, there are public rights that are not maintained on public roads.

On the other hand, the private right of way is the right to enter private lands, but only to move through it (which is usually a legislative term for a neighboring agreement of a shortcut path).

The waymarked trails are permissive routes and you do not have the right to access them without permission. These laws make it tricky to be safe that you are not jeopardizing your stay in any way if you are wild camping.

What to Keep in Mind When Wild Camping in Ireland

Many magazines have written about the majestic Ireland Wildlife that can be experienced only if you go wild camping. There are some rather questionable recommendations available online because of the simplest mistake, where the authors of the posts either forgot to provide a reference or to check the information at hand. It is not prohibited, and the media encourages it. But since the locations are mostly privately owned, there are a few things that need to be done beforehand to keep the landowners and campers satisfied.

The Leave No Trace Ethics guide is a part of a global organization that aims to protect wild spaces. They also share tips on how to experience the great outdoors in the best possible way.

They introduce themselves as an outdoor ethics program designed to promote and inspire reasonable outdoor recreation through education, research, and partnerships. There are these seven principles that should be followed:

Learn to respect the community and try to maintain a low profile. It is not because people will laugh or hate (even though they sometimes do). But rather it is important to remember to be considerate to others because you never know what kind of day they were having.

Ireland has only recently started showing the potential of its beautiful trails and the practice of wild camping is not as common as in other European or US countries. However, people will rarely refuse campers’ permission to spend a night on their land.

The most important thing to keep in mind is to be polite and explain that you will not be in their way and that you will treat the land and their permission with the deserved respect. 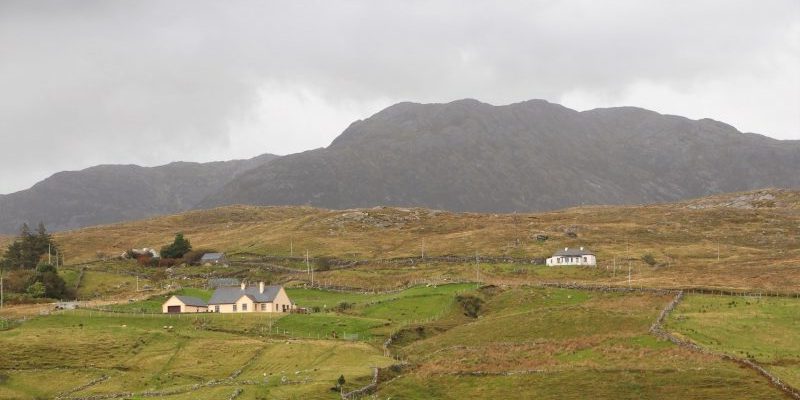 What If There Is No One To Ask?

Sometimes wild camping seems to be ‘in the middle of nowhere and there is no way for you to know where or who is the owner of the land. In those cases, it is advisable to simply go by the Leave No Trace rules.

Wild Camping With a Car

Camping only with a car is not camping, especially if there is more than one person on the trip. It may seem more affordable and convenient, but it isn’t for quite a few reasons.

Renting a car and sleeping in it is not as comfortable. Besides, after a few days of being on the road, without freshwater to tidy up can be quite hard on the nose. Even if it is your car, why would you exchange a good night’s sleep on a good, flat, insulated surface in a sleeping bag, for the uncomfortable and tight space in the car?

Larger vehicles and campers are a different story, but they take up more space. Because of this, we highly advise you to invest in basic and minimal camping gear that will take your traveling experience to an entirely new level.

How To Pack For Car Camping?

Preparations are the most important thing for any trip. Prepare a list of the most essential items before you set off, and these are the essentials you really should forget:

Pack lite, but sufficient. Do some more research on how to prepare for a good camping trip, and find some tips on how to ensure a good night’s sleep. Also, think about ways you will be able to go to the toilet without leaving a mess.

So, Can You Sleep in Your Car in Ireland

Ireland is the perfect country for backpacking and wild camping. The climate is temperate, meaning that it is never too humid at night, and with tame wildlife, there is no fear of bedbugs or snakes. The air and the overall countryside are something well worth the trip.

Should you even consider sleeping in your car? If you are determined to feel discomfort go right ahead. But there are a few downsides to this decision. During the night you will feel the urge to leave the car running to stay warm. Gas leaks can lead to a tragedy you don’t want to imagine. It is not worth it, as in some cases it can have a mortal outcome!

Parking may be an issue, but stick to common sense when choosing where to park. Do not impose and try to be as discrete as possible. Don’t be near houses or farms, park late, and leave early. In the meantime, be extra cautious and leave no waste behind.

Some hosts will not be as friendly and may even tell you to leave the premises. Never argue, as a bad reputation will follow. Rather thank them for expressing their opinion, wish them a great day, evening, and go. Be swift, quiet, and polite at all times.

← Prev: Are Bears Attracted To Hand Sanitizer Next: How Do You Make A Tarp Waterproof →