How to Avoid Rattlesnakes While Hiking and Stay Safe?

Wondering whether rattlesnakes are poisonous? Wait, do they even attack humans? Or: maybe they’re just trying to warn of us their presence as if they’re saying: just keep moving, sir, nothing to see here. Whatever’s the matter – it’s, of course, the best you avoid them completely. That’s why today we’ll show you how to avoid rattlesnakes while hiking and stay safe.

Talk with other hiking enthusiasts who already tried the trail to see if they’ve encountered rattlesnakes. Make sure you’re wearing long leggings and shoes that cover your ankles. Never pick up anything from the ground using your bare hands. It’s best you use a trekking pole or a walking/hiking stick instead.

There ain’t such a thing as too many security tips. That’s why we recommend you keep on scrolling!

Needless to mention, rattlesnakes are among the most recognizable snakes out there. Still, we’ll give you something you’d call a standard definition: rattlesnakes are highly-specialized, venomous snakes with large bodies, triangle-shaped heads, and the undoubtedly-iconic rattle at the end of their tale, without which they wouldn’t be so darn easy to spot.

Why do rattlesnakes rattle?

As we’ve said, the rattle can be found at the end of the rattlesnake’s tail. The snake uses the rattling sound to warn potential predators or aggressors to simply back off. Or: they just want to distract their prey. Either way, the noise’s the same and it comes from the sounds that are created when the hollow and bony circle-shaped segments in the snake’s rattle bang together.

Have in mind that just because they’re venomous doesn’t mean they’re deadly. Here’s an illustrative example. Somewhere about 7.000 to 8.000 folks get bitten by venomous snakes (including rattlesnakes) in the United States each year. However, the number of deaths is extremely low: about five per year on average. So, yeah, there’s a very, very low chance a venomous snake will bite you and a much lower chance it’ll be fatal.

Can rattlesnakes still kill you, even if there’s a small chance?

The only thing you need to worry about is untreated snakebite wounds. If you react as soon as you notice something’s awry, you’ll be just fine. Untreated rattlesnake bites might lead to the development of serious health issues and even death. Although that’s probably never gonna happen to you. There’s a far better chance you’ll win the lottery than die from a rattlesnake bite.

All in all: it’s very important you get medical care as soon as the unfortunate event ends. If you receive anti-venom treatment within two hours from the bite, there’s a 99% nothing will happen to you. Also, one/third of all rattlesnakes bites aren’t poisonous. The amount of venom you’ll receive depends on how aggressive or irritated is the rattlesnake, the size of the snake’s fangs, and whether or not the venom sack is completely full.

What are the symptoms of a rattlesnake bite?

Probably the first thing you’ll notice after getting bitten by a rattlesnake are two little puncture marks made, of course, by their large fangs. Typically, folks experience pain, tingling, and/or burning in the area close to the bite. Additionally, you may notice swelling, bruising, or discoloration at the site. Here’s a palette of other symptoms that you might notice:

Now that we’ve properly scared you (without the intention to do so), it’s time we see how you can avoid all of this. In other words: how does one avoid rattlesnakes while hiking and stay safe. Stick around for some useful info!

How to avoid rattlesnakes while hiking and stay safe?

Getting ready to hit the trail? Scared of rattlesnakes ruining your future outdoor adventure? If your answer’s YES to both of these questions, don’t go anywhere until you’ve read the text below. We’ll show you how to avoid rattlesnakes while hiking and guarantee yourself (and your loved ones) a safe hike.

Did you know rattlesnakes usually prefer hot over colder climates? Some rattlesnakes like the desert and some prefer moister climates. Anyway, as we’ve said, rattlesnakes prefer feeling warm so they might venture out in search of warmth when the weather outside gets a bit cooler. Before making any hiking plans, you might want to ask around whether folks encountered any rattlesnakes on the trail. Also, watch out for the Beware! Rattlesnakes! sign.

#2 Make sure you’re dressed for the occasion

One of the most important things you should pay attention to is how you’re dressed. You’ll want to prepare in the right manner, by wearing proper clothes, just so your clothes & shoes absorb most of the impact of the bite. So, what’s the ideal attire for the occasion?

If you’re hiking in an area that’s pretty well-known to be “frequented” by rattlesnakes, make sure you’re always aware of what’s going on in your surroundings. Also, if you’re not a fanatic for solitary hikes, always have someone you hike with. Stick to a familiar path, and never step into tall grass or a woody area unless, of course, you’ve inspected it first.

Hikers like to sit and rest every once in a while while the hike’s still on. Once you sit, scan the area for snakes. Lastly, never try to grab anything (whether you’re sure it’s rock or something), because chances are it may be a snake.

#4 Trekking poles to the rescue

A good trekking pole or a walking/hiking stick (even though walking and hiking are different) will help you move and handle things in front of you. As we said, never use your bare hands to move anything you find a little bit suspicious. You’ll want to use the stick to shake up grass or shrubs, potential snake hiding spots. That way, you’ll know if they’re there from a distance. Also, the same action will alert snakes, and they’ll most probably run away from you (as they don’t like humans that much).

You probably already know this, but snakes can swim. Whenever you notice something that looks like a stick inside the water (even if it’s only a ditch), it’s most likely not a stick, but a snake. In other words: be especially careful around water, as it’s not that unusual for a snake to swim.

What to do if you encounter a rattlesnake?

Even if you follow every bit of advice on how to avoid rattlesnakes while hiking we gave you, it doesn’t matter you’ll always avoid dealing with close encounters of the snake kind. Your best bet is to just stay calm, something which most of the time isn’t so doable. The thing is: snakes are more afraid of you than you’re afraid of them. Seems a bit weird, but it’s the truth. If you notice one in front of you, just back away and go in the opposite direction.

Never should you taunt or provoke the rattlesnake in any way. It comes as no surprise that over 70% of folks who get bit by rattlesnakes every year are young, male, and typically intoxicated. All in all: just leave the snake alone! Simple as that!

Now, if you do get bitten…

The best thing anyone can do is call a doctor immediately as the whole biting incident happens. That’s the smartest thing you can do and is highly recommended. Still, is there a doctor in the middle of the woods? There’s a good chance you’ll want to act instantly and do some necessities until you reach a medical center. So, what do you do then?

If you’re a regular hiker, make sure you always sport one of those snake bite kits. Regardless of what the movies tell ya, don’t try to suck the venom out. There are good reasons why we shouldn’t believe everything we see there, right? Anyway, follow the directions you’ll find in the kit, and reach the hospital ASAP.

That’s about it on the whole let’s-try-to-avoid-the-rattlesnakes topic, dear outdoor-loving folks. As you could’ve read, it’s of utmost importance you don’t tease them if an encounter between man and rattlesnake occurs. You can say: Look, ma, no hands! or similar snake insults but that’s about it. Always keep in mind they’re much more scared of you than you are of them.

For more tips that will help you enjoy a stress-free, pleasant hike, you can click right here.

← Prev: What Is the Difference Between Walking and Hiking? Next: How to Clean a Hiking Backpack - 10 Awesome Cleaning Tips → 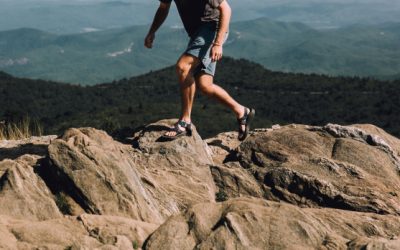 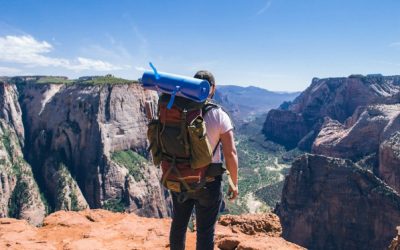 Which Is Better Angels Landing or the Narrows?

Hiking Angels Landing and The Narrows are must-dos when staying or hiking in Zion National Park. In a perfect world, visitors would have unlimited time to scour Zion National Park. Sadly, this isn’t always the possibility. Count in the gatherings and logistics of...

Do You Need Hiking Boots for National Parks?

When hiking in National Parks, think about the weather in advance. If it is a dry climate, make sure to be ready for this type of weather during your planning and packing, and before you hit the trails. Do you need hiking boots for national parks? Stick around to find...

Is It Safe to Hike in Banff?

There's no need to emphasize that Banff is one of the most scenic national parks in Canada. Not to mention the fact that it's the oldest national park, established way back in 1885 as the Rocky Mountains Park. That, however, has nothing to do with its beauty. Anyway,... 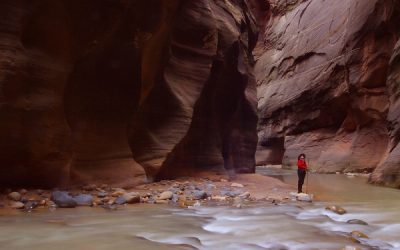 How Difficult Are The Hikes In Zion?

If you are an avid hiker, chances are that Zion has been on your bucket list for quite some time. You've probably seen myriads of pictures posted online of Zion national park's breathtaking scenery. While doing your research on Zion, you may have come across different...