Can You Put RV Antifreeze in Hot Water Heater 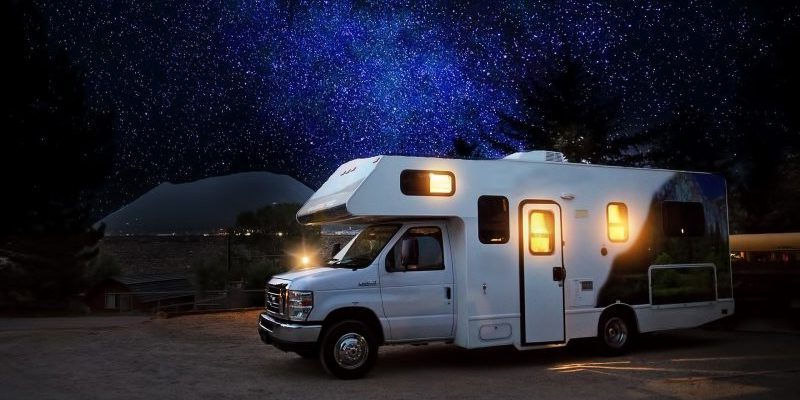 Most people use antifreeze for winterizing their RVs, particularly if they live in a colder climate. There are things you can do to avoid problems. One less common thought to expect is whether or not you can put RV antifreeze in a hot water heater?

If you read through the user’s manual, almost all will state exclusively that RV antifreeze should not be used in a hot water heater. However, numerous forums discuss that there is no particular damage possible to occur, there are ways to use it efficiently.

In this article, we will go over the basic differences between a regular and RV vehicle, its usage, and some common mistakes to avoid when preparing your recreation vehicle for the winter.

The Difference Between Regular and RV Antifreeze

The most important key in the winterization process is antifreeze. Among users of recreational vehicles, it is extremely important because they need to pay close attention to it to protect their RV equipment from the winter. Now, depending on what you will be using the antifreeze for, you might want to know the differences between a regular car antifreeze and an RV one.

The first and most important distinction is that the RV antifreeze is chemically safe, while the one from cars is highly toxic. Its main purpose is to be put directly into the plumbing system. If you have a gallon of unknown antifreeze lying around somewhere you can tell what it is by color.

RV antifreeze is almost exclusively pink. Car antifreeze comes in yellow-green colors and should only be used for engines. When it comes to using it for the RV, you will probably need to pour it into the radiator.
Both types do the same job of lowering the freezing point and increasing the boiling point of liquids. This is great for more extreme weather conditions with lower and higher temperatures.

There are also some antifreeze types that only prevent freezing while ignoring the boiling point. They are used as coolants and have a very limited purpose.

What Is RV Antifreeze Used For

RV antifreeze is more affordable than car antifreeze because it is not as dense. It can be used with more flexibility. In an ideal situation, you would empty all your water tanks and storages, as well as some plumbing systems to adequately prepare them for the cold/warm weather. It is important to take out all the water as it might freeze up, and once that happens, there is a high risk of cracking the pipelines. However, this doesn’t mean you should put RV antifreeze in the car as it will completely destroy the engine.

Because it comes at an affordable price, use it completely without mixing it with any other type to max out its potential. It is made from non-toxic materials and is not a potential health hazard for humans or animals.

Most RV Antifreeze Brands Are Ethanol or Propylene-Based

Ethanol-based antifreeze is used to lower the freezing point of liquids, and it does not work as a coolant.

Propylene, on the other hand, does lower the freezing point, and also raises the boiling point. When compared, propylene-based RV antifreeze has a more diverse usage.

They can be found in either concentrated form, that needs to be diluted with liquids, or they come in a pre-diluted state sold in gallon containers. Such a mixture can be used directly in the RV system with no additional steps needed.

There are different types and purposes of antifreeze. Most of them have a specific purpose, and some can be used for different things. But there are potential mistakes that can be made, which is why we advise extreme caution.

Don’t play a chemist. Mixing RV antifreeze with regular antifreeze cannot happen. It is unsafe and can be potentially hazardous. Even if you have ‘the same antifreeze’ but a different brand DO NOT MIX THEM. Most brands are made from different chemical compounds and their blend will almost never work well together.

In most cases, mixing two brands of the same type (particularly car antifreeze) will form a thick liquid you will not be able to use for anything. Even if this does not happen, if you put two types of chemical compounds in the RV plumbing for example, with time the pipes will slowly corrode and create a bigger problem than the one you had at hand.

Non-Toxic Does Not Make It Safe

Even though RV antifreeze is not poisonous it does not mean it is good for you. Its alcoholic content can be ingested with sufficient freshwater but tastes like nothing, and like alcohol, it should never be used to treat any type of words.

Keep Your Pets and Children Safe

Car antifreeze will not be discussed, it is hazardous for the environment and health. Keep away at all costs, and even RV types should be handled with care, so you teach your pets not to touch everything they want, and kids to be respectful of the things and tools you need in life.

Pouring Antifreeze Into a Freshwater Tank

It can be done, but it is not recommended. It is better to contact your RV dealer and invest in a three-way valve in order to bypass the freshwater tank completely and thus eliminate the chance of getting antifreeze in your drinking water system.

Simply pull the drain plug and you are done! Not entirely, you also have to open the pressure pop-off valve, otherwise, you will not be able to drain it completely and the remaining water can freeze. This can damage the pipe system. There is also an option to purchase a bypass kit so you don’t get antifreeze in your hot water heater tank.

Forgetting to Winterize the Sinks

You finish everything and your sinks are shining and squeaky clean. Well, you can not just leave them like that. It is important to remember to pour some antifreeze down into their kitchen and bathroom sinks. This is important because any water remaining in the p-traps can freeze and cause problems.

Using Too Much Antifreeze

There is only one amount that is enough to get the job done. Using more antifreeze can cause it to become a bit dense and will be harder to clean next season. 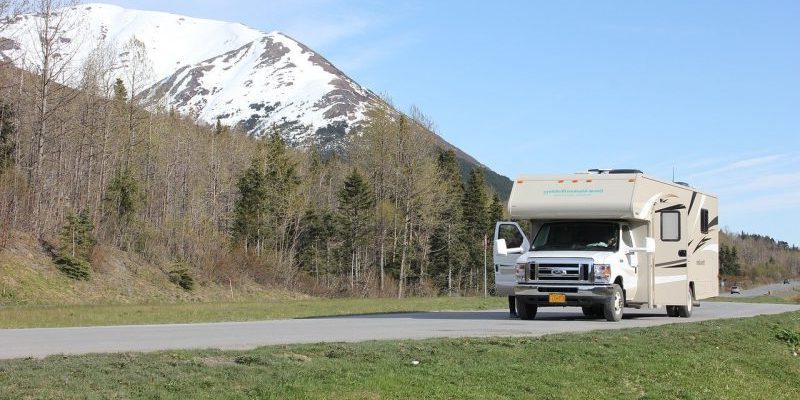 If you are winterizing your RV and you haven’t had the time to clean your water tanks, it is the perfect time to do so. Fill some water and cleaning chemicals in your shower and toilet water tanks and let them sit for a week before draining them. This way you will remove all the potential residue and will not have to smell the leftover odors once you open up again next season.

After you disconnect the outside water source-drain your entire water system. Once you get to the Water Heater, remove the drain plug in the lower left-hand corner or open the drain valve in the same location.

After you leave a faucet open on the hot water side, air will equalize the pressure and easily drain the tank. You can try and start using a bendable straw- put it into the drain hole while the water is coming out. By doing this you will create a siphon that will drain all the water to the bottom of the rounded tank.

So, Can You Put RV Antifreeze in a Hot Water Heater?

Many RV owners pour some antifreeze in their hot water heater, and sometimes they do it with the leftover liquid. According to the experiences of other RV owners, the only important thing is to drain the water heater before pouring in the antifreeze.

Another important thing to keep in mind is that you must be certain you will drain it next season before starting it. It is definitely not sanitary to heat up those chemicals, and you may even harm the pipeline, someone’s skin, and the drainage of disposed water.

Prepare yourself with a secure post-it or any other type of reminder and put it somewhere you will see it before you turn on the water heater next season. Another thing to do is if you are unsure that the drainage is not complete, buy a rinser. A water heater tank rinser is a great way to get the antifreeze flushed out without messing up your winterized work on the rest of the plumbing. Mineral rods are a great tool to annually flush out the mineral deposits from the tank.

A great tip by experienced campers is to pull the drain plug out and leave it hanging on the ledge where the door hedge is located. This way you will surely remember to put it back in the next spring.

← Prev: Can You Park an RV on Gravel Next: Do You Need a Multi Tool for Backpacking → 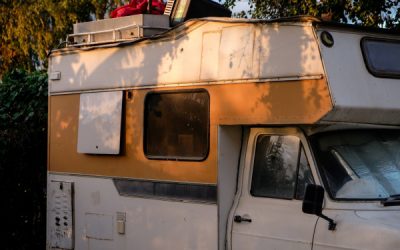 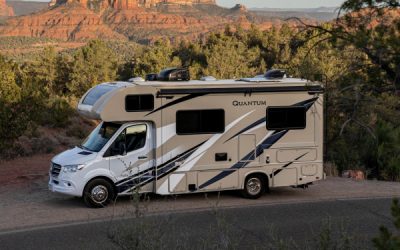