Are Pop-up Campers Safe in Lightning? 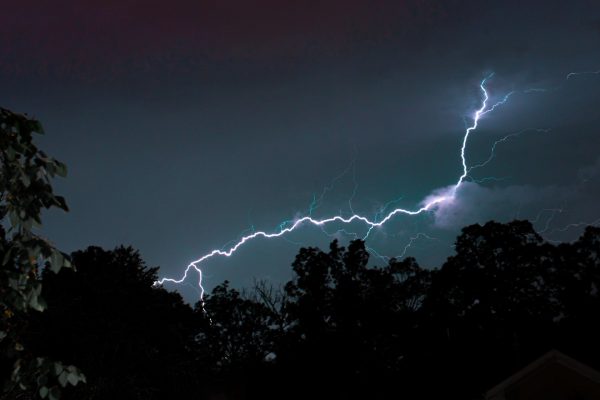 So, you’ve been thinking about buying yourself a neat pop-up camper? Wondering whether they could provide a safe shelter from a storm coming your way? Say no more. You’ve come to the right address.

Since you’re probably an outdoors lover, you might know the fact that most storms occur during the camping season. What a hefty coincidence, right? Of course, it’s not like they’re non-existent throughout the other part of the year. That being said, knowing how to protect yourself (and your fellow campers) from harsh weather conditions could easily save some lives.

Pop-up campers aren’t what you’d call the safest shelter from a thunderstorm. They cannot produce the Faraday cage effect. Therefore – they’re absolutely unsafe. Always be on alert for warning signs of a storm approaching, and seek refuge in the car or a nearby building if you notice anything suspicious.

In the text below, we’ll further elaborate on the answer to the question Are pop-up campers safe in lighting? Stick around for some useful info.

What’s all the fuss about?

Let’s see what’s all the deal about lightning. If for some reason, you don’t see it as a potential threat.

Lightning flashes (about 25 million of ’em we get to witness every year) cause approximately 58 deaths per year and a few hundred injuries. One would think: I’m really not that lucky, there’s a far better chance that I win the lottery than to get struck by lightning. That sounds pretty valid, right?

Well, no. The thing is: while you’re camping out in the open the chance of you getting hit by lightning increases greatly. Even if you’re inside your pop-up camper, you’re still pretty much outside. Most pop-up campers are made out of materials that easily attract lightning strikes (more about that in one of the paragraphs below).

As you can see, being cautious when it comes to lightning strikes is not something you’d wanna call overreacting.

How to recognize a pop-up camper?

Now here’s the standard definition. A pop-up camper is a towed recreational vehicle (RV) that’s very easy to set up (even at night, which we know can be a pain with tents). Also, it can be collapsed during transport, which makes it so popular among RV devotees (and regulars, also) in the US.

What about the price? Since you’re asking, you might wanna know that pop-up campers are pretty affordable (in comparison to other types of RV’s).

What they’re made of? (and other features)

We’ve mentioned earlier the materials most pop-up campers are made of.  Let’s take a closer look:

These are all the features one might expect to find inside a pop-up camper. Now, we’d like to talk about something else.

There’s a number of different types of pop-up campers to choose from. Based on your preference, your pick will be one of these:

Okay, we can take on the focal point of this article: Whether or not are pop-up campers safe in lightning? But, first – a picture of fascinating natural phenomena. 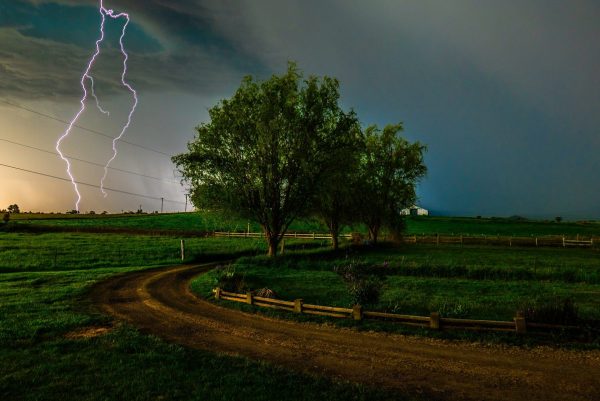 Most deaths and injuries from lightning strikes happen in nature, outside the city gates. That’s why campers need to take some precautions.

Are pop-up campers safe in lightning?

Most of you’ve already heard about this one. To put it simply: let’s say your car gets hit by lightning; the electrical charge travels around the outside of your car (with all the windows closed, of course) and goes into the ground, protecting people inside from getting struck. This happens because the exterior of your car is made out of metal.

Unfortunately, most pop-up campers cannot constitute a Faraday cage. Pop-ups are not what you’d call the safest shelter from thunderstorms. Some parts of them are made out of composite material (mostly the passenger compartment). It’s obvious this would be no defense at all.

Most outdoor experts don’t recommend sleeping in a pop-up camper during a storm. Some note that they should be used as a so-called last resort if a thunderstorm approaches.

What can you do?

Luckily, this isn’t the famous “what can you do?” response to all of life’s downsides and mishaps. Let’s see what can you actually do to maximize the safety of your pop-up camper occupants and yourself. Unfortunately, all of these suggestions will just slightly decrease the danger. Here they are:

Seek refuge in the car, or a nearby building

As we’ve mentioned already, the car can easily function as a Faraday cage. There’s your easiest form of shelter. A building close by should also do the trick. Once you’re inside the building, stay away from plumbing and electrical installations. If, for some reason, you don’t have those two options (a car or a building close by), squat on the ground to make sure you’re not the tallest object in your nearest surroundings. Remember not to lay on the ground, just squat.

Make sure you don’t waste time taking down other tents you might’ve put up, during the storm.

Once the storm is over

These were all of the things you can do to lessen the chance of getting struck by lightning. Once you see the last flash of lightning, don’t leave the shelter for the next 30 minutes. Let’s say something has gone awful (in this case, we know what’s up – someone got hit). It’s not recommended you leave the shelter to administer CPR or provide some help. It’s best you wait until the storm comes to an end, and seek medical help.

Once the medical crew arrives, make sure you explain to them that the victim was struck by lightning. You probably don’t need this advice, since it’s pretty natural you’d do it anyway, but still… you never know.

That’s about it for this subject. Now you know that pop-up campers aren’t the safest shelter around when a thunderstorm chooses to appear. Hopefully, you’ll find this info pretty useful (not that we’re hoping you’ll encounter a thunderstorm anytime soon). As we all know, nature can be cruel, but we can sometimes outsmart it by being cautious and caring towards others. Knowing what to do in a situation like the one we described above is, basically, a life-saving advantage.

← Prev: How Long Do Hammock Straps Last? Next: How Do I Keep Ants Out of My Hammock? → 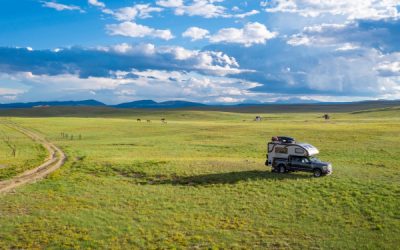 How Hot Is Too Hot for an RV?

There can be a proneness to test and drive with RV tires as long as feasible. Notably, at a standard of approximately $300 each, getting substitutes can be quite a costly proposal. Yet, due to the huge weight of most RVs, their tires can be at tremendous risk of... 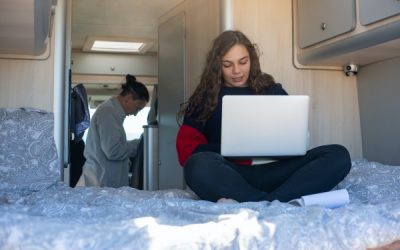 Can You Get Hardwired Internet in an RV?

Needless to say, even the most stubborn of us have concluded that yes, you're in definite need of an internet connection wherever you are, regardless of how great of a nature-lover you are. While that might sound a bit cynical, it's still closer to the truth than we'd... 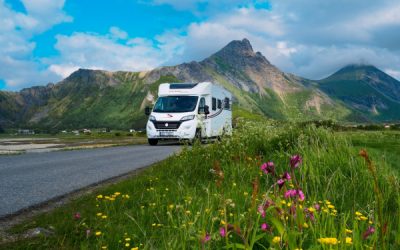 Can You Walk Around in a Motorhome While Driving the UK?

Remember, the law is the law, and this is the unwritten rule. Never mind if you’re commuting on a Brompton bike or meandering your route to the Lake District in your RV. So, can you walk around in a motorhome while driving the UK? Stay tuned and you will find out much...