Is the Eno Doublenest Too Big for One Person? 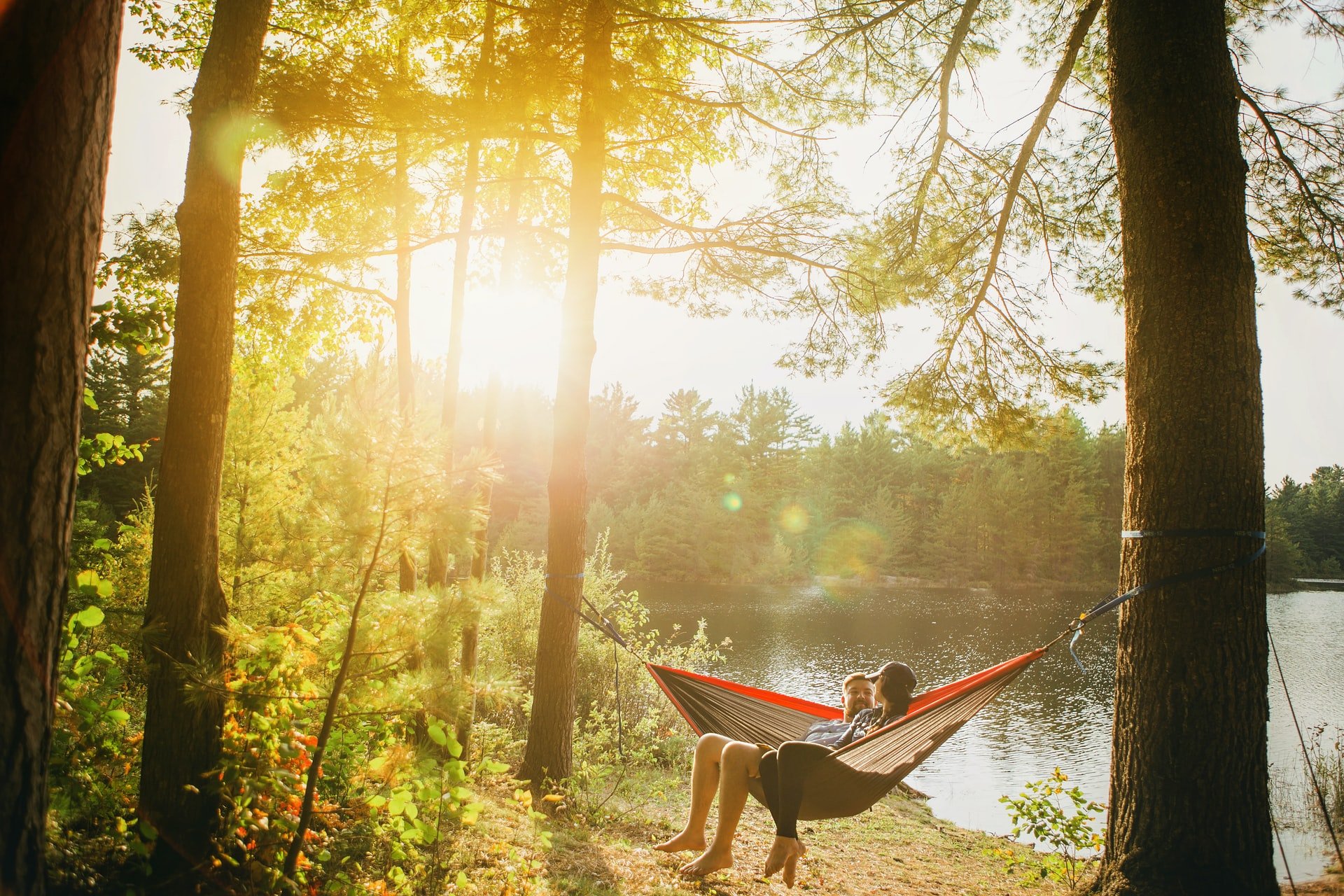 Any type of leisure time can be associated with a hammock. The most basic idea of one is a simple hammock tied between two trees in the deep shade. Today hammocks have a versatile application, both indoors and outdoors. Some people wonder if an ENO DoubleNest is too big for one person.

People use it as a part of their decor, camping equipment, or pure backyard aesthetics. As an important part of your camping equipment, there are many types of hammocks. From single to double, every hammock has great benefits if you own it. Depending on the quality of the material, manufacturer, and price it should be something to consider owning.

Hammocks are often used for camping, leisure time, and sleeping. The ENO DoubleNest hammock is considered the perfect way for couples who want to spend quality time together. More experienced campers recommend it as a great option for singles sleeping comfortably in it.

Origin of the Hammock

The name ‘hammock’ originates from the Taino culture Arawakan. The word means simply ‘fish net’. The traditional hammocks were used in Central America and can be traced back nearly one millennium ago. It is known that the Mayan civilization used it.

Initially, hammocks served as protection. People slept in them to protect themselves from insects and poisonous crawlers from the ground. It is known that they are more common in warmer climates, so people opted for this way of protection.

This way of bedding came to Europe through Christopher Columbus. He later observed the practical nature of this invention that was widespread among the Taino people in the Bahamas. Manufacturing started during Spain’s colonial period when cotton and canvas were brought to the Americas along with immigrants from Europe. Parallel with colonization, these materials were incorporated into the hammock design we know today.

Used as Beds at Sea

Not long after their discovery, in the mid-16th century, hammocks became the go-to choice for sleeping on the sea. The Spanish and English navies chose this way of portable beds. They were used for the next three centuries.

Also, by the end of the 19th century, prisons in Britain saved space and cut costs by using hammocks. Parallel to this, they were used in the United States as a practical solution for farmers, and a leisure item for wealthy families.

Coming Back to the Modern-Day

In addition to being used as a part of a camping experience, hammocks have expanded their use. They can be seen as a part of decor both indoors and outside. Also, interestingly enough, millennials are using them to engage with their community.

Hammocking is a way to spend leisure time with your friends. It implies that a group of people will set up hammocks and spend their time together in them. This is a great way of entertainment and getting away from the urban surroundings.

The benefit of hammocks is that they are affordable and portable at the same time. They can take up the space only when you need it. After that, it can be folded and tucked away to free up space. It can be a great solution for tiny living spaces, camping, etc.

Why Do People Use Hammocks?

If you live in a house or have a cottage, you probably have a yard as well. Plant a flower, install a stone, and make a path. It all looks nice, just the way you wanted it. Surely you have a garden setting, where you can drink coffee or play a social game with your family. However, there are those moments when you want to be a little lonely, without leaving that yard, and not insulting anyone. You would most like to be able to sneak into one corner and enjoy the shade.

The area within the two trees is frequently left untouched and is used once a year for snap shooting. There is certainly a method to make that place beneficial.

The hammock is ideal for relaxing and filling the empty space. Each deck chair or armchair is woven by hand, and the knotted ends are joined so as to provide maximum comfort to the body. Unlike canvas beds, rope loungers prevent sweating, because they provide good ventilation to the body.

In addition to being incredibly comfortable, hammocks also have a good health effect. Due to the special way of knitting, they anatomically adapt to the shape of the body, which helps with back and neck pain, but also for pregnant women and those who have problems with circulation. They are also known as sunbeds. They help relieve stress and nervousness, and are also useful during meditation, because of the feeling that the body does not need support.

Hanging loungers improve the flow of oxygen to the brain, so they improve concentration, and they are extremely applicable in yoga practice. New parents will surely like the information that people, and therefore babies, fall asleep four times faster in a hammock than in bed. 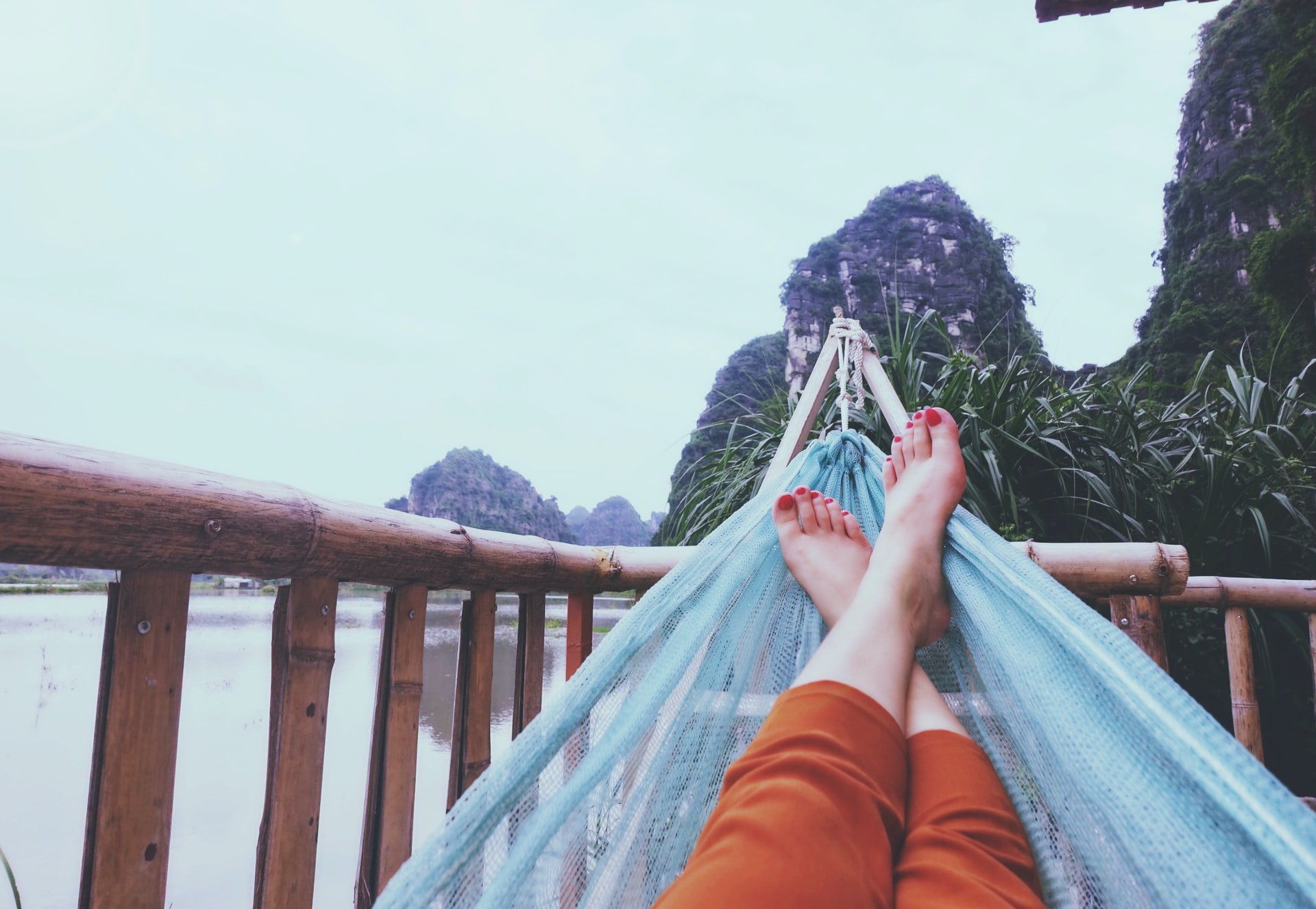 Camping is gaining more and more popularity. People are looking for ways to get away from their urban surroundings. Going to mountains and forests for a weekend is a great way to reset and rest from the daily fuss.

Setting up a tent at the next camping spot can take time, and sometimes you just want to settle in and rest. Depending on the weather and terrain there are some alternatives to settling in for the night. Using a hammock instead of a tent is only one of them. You can virtually set it up on the go, and do it anywhere on the terrain.

Here are five reasons why you should consider using a hammock instead of a tent:

Many experienced campers claim that wider and longer hammocks are more comfortable. When it comes to the Eno DoubleNest hammock, the nylon fabric is light. It is extremely comfortable against bare skin and makes cocooning in the hammock easier.

Couples usually feel discomfort when piling on a single hammock. But lounging at this one in a pair is quite easy. It is great for both lounging and sleeping. One potential disadvantage is that this model is a bit shorter. On average, hammocks are 11 feet in length. This means that the gathered ends are closer to your feet and head, which is restricting for taller people.

When it comes to hammock camping, DoubleNest can provide little protection from the elements by itself. Including a bug net and rainfly is a great addition to this hammock and will ensure a lighter-packed and safer experience.

Do you need a bug net and tarp? Using a bug net is not mandatory, but after learning about the origin and use of the hammock- consider getting it. Because of this, ENO offers the OneLink Shelter System which includes all the required add-ons for the hammock.

Is the Eno Doublenest Too Big for One Person?

There are many benefits and quite a few models of hammocks on the market. Singles are lighter and easier to set up. However, most single hammocks are smaller in size so people who are of average height or taller can have difficulty sleeping in them.

As we previously said, the ENO DoubleNest is perfect for couples camping. If set up in the right spot it can be a great lounging area to enjoy a good view. But it can get tight for two, as the average hammocks are shorter than average.

Because of this, many campers recommend using the ENO DoubleNest hammock as a great single sleeping solution. It provides extra space to sleep at an angle. Making the sleeping positions more natural, and similar to the way we sleep in our beds at home.

Some people who are extremely tall might find this challenging. But, on average, the ENO DoubleNest may be too small, but never too big as it comes in a standard size.

← Prev: Can You Use Microspikes on Mud? Next: Can You Vacuum Pack a Tent? → 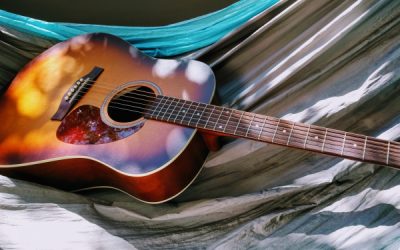 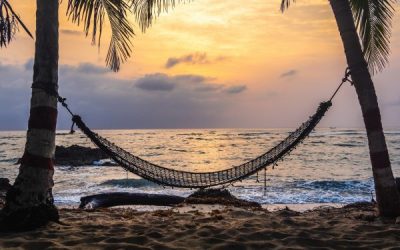 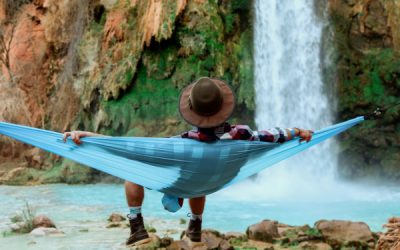 How Do You Hang a Tarp on a Hammock?

The main step towards a thriving hammock camping journey in unsettled weather is to confirm you have substantial aloft shelter from the elements. Pulling this off, yet, takes a tiny bit of know-how and preparation. How do you hang a tarp on a hammock? Let's see! In... 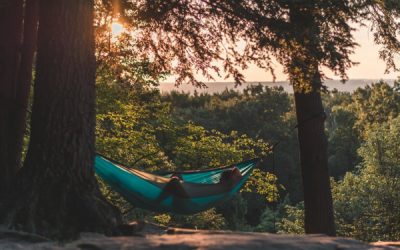 Do You Use an Underquilt in the Summer?

With the summer already in full swing, one can't help but wonder: should I keep my underquilt in storage until the season's nearly over? Needless to say, that will be the focal point of the text you're about to read: should you use an underquilt in the summer? What's... 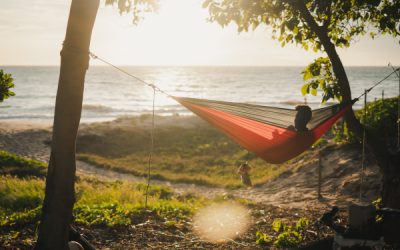 How Do I Stop My Hammock From Stretching?

After one season (or more!) of day-to-day use and pleasure, your hammock may begin to look and feel a bit hanging down. After you notice this, you may see yourself hanging rather close to the ground. How do I stop my hammock from stretching? Read on for more! If you... 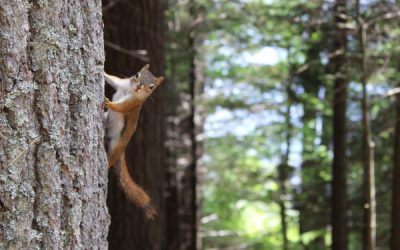 Do Squirrels Eat Hammocks (And What To Do About It)

Chilling in a hammock while a gentle breeze cools you down and the hammock's rocking motion puts you to sleep is a picture-perfect summer day. That is unless you discover that your hammock hangs oddly and that ropes are no longer tightly woven due to the gnaw marks in...