Do Snowshoes Work in Mud 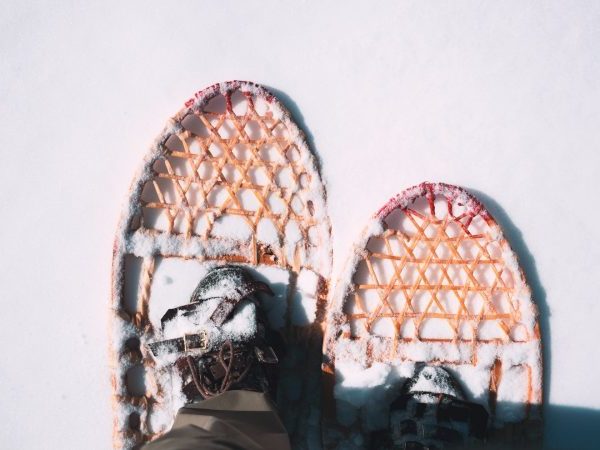 The versatility of a snowshoe has only regained popularity in recent times. Ancient Native Americans used this type of footwear for crossing softer terrain during hunting or gathering activities. Snowshoes are mostly used (as per the name) for walking over snow, but they can also be used for crossing mud or sand.

People also often wonder whether or not snowshoes can be used on icy surfaces, however, the answer is no. Originally, snowshoes are suitable for powdery granulated surfaces, such as thin snow on a rolling hillside, or low-angle terrain. The great opposite is crampons that will provide stability and friction on ice, allowing safer and freer movement.

What Are Snowshoes and Their Types?

Many people and northern tribes had their own views on the correct version of this device. The shoes are made in different shapes and from different materials, which is due to the characteristics of the climate, terrain, and thinking of the older generations. They were used to navigate the snow mainly during hunting and fishing seasons. But no matter what the shape of the snowshoe is and what it is made of, all the variations are united by common features.

Roughly speaking, the purpose of such a design is that increases a person’s foot size. After all, the larger the covered area, the lower the mass per unit. In other words, thanks to snowshoes, the pressure created by a person is distributed over a large area of ​​snow, preventing a person from falling through the dense, wet snow.

Snowshoes and skis have a lot in common, especially when used in hunting. Both devices increase the pressure surface. Also, both features have common design features. Namely, the base and the carrier. But wide skis are not always comfortable to use. In addition, they are heavy and voluminous, which significantly reduces the speed of movement, and they are inconvenient to carry.

Types of Shoe Determine the Speed of Movement

Two main types of snowshoes can be distinguished. In the first, the base consists entirely of thick material without holes (wood, plywood, plastic). The second consists in part or in the whole of a mesh material or a base with holes. Typical shoes usually have a frame made of bone, wood, or, in modern versions, plastic.

In ancient times, the net could have been made of leather belts, ropes, or rod rods. The shape of such structures could be different, but an oval frame was mostly used. Various cartoons show the rags of the indigenous people of North America, resembling tennis rackets in shape.

As already mentioned, snowshoes have foundations. Another name for this part is the deck. It is also used in many types of sports equipment. So far, the deck has been divided into two types: rigid and frame-shaped. Modern snowshoes will often use a variety of synthetic fabrics instead of mesh. But there are simpler, more classic options. There is a carrier on any snowplow. It can be for special shoes with support, as well as in the form of belts. With another base wearer, any shoe will do.

To move on icy areas or in mountainous areas, special claws called cats can be mounted on the snow. With their help, it is much easier to stay on the ups and downs without slipping. There are also different ways in which you can learn how do you keep snow from sticking to snowshoes, what are their types, as well as tips on maintenance.

Which Option Is More Efficient

The difference in the snowshoe base gives different results depending on the characteristics of the snow cover and the type of terrain. So on a flat deck, it is very difficult to walk normally on loose snow. But it is much more favorable on mountain slopes and on a good infusion. Network models are more efficient in loose snow, it is comfortable to descend and climb hills because they do not slip. But they are harder to produce and require more materials.

When you think about it, extreme cold and warm weather may appear to be completely opposite one from another. The snow is wet and cold, and the sand is dry and warm. Even though the temperature is significantly different (as well as the weather) the granulation of the surface for walking is quite similar.

Sand grains are very similar to powder snow, which makes snowshoes a great solution for walking on sand. Using this type of footwear as a flotation device is a great option in dessert areas since the number of sand granules is higher than snow.

Wearing snowshoes in the desert will save the feet from falling into the sand (if for any reason you want or have to go through the sandy dunes). This will prevent painful blisters, but it will take time to get used to the process. It may even be additional fun, and (if you can bear the heat), extending a stay in the desert may become a future touristic activity of yours.

Roaming in wild desserts can be a great activity for adventurers, however, it holds the risk of falling into a quicksand which can even lead to death in some extreme cases. Using snowshoes will keep you safe.

Sand particles in quicksand are higher than regular sand, meaning that if you wear some snowshoes (or footwear designed as one) will block you from sinking. This will prevent the deadly grasp of the quicksand, as the frame will obstruct the feet from sinking.

Advantages of Using Snowshoes In the Dessert

Safety is the top priority in any wild landscape, and the number of advantages you get by using snowshoes on sand will definitely make you wear a pair on your next wild adventure. A good pair of snowshoes will provide: 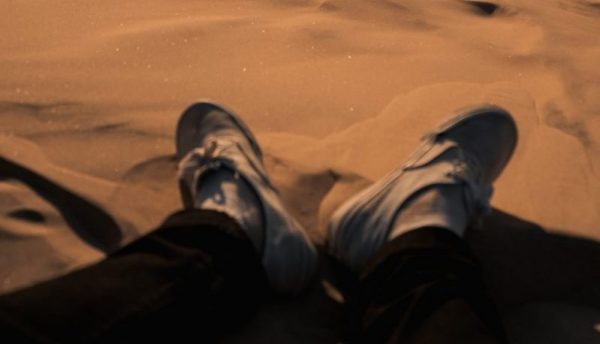 How to Walk On Sand Using Snowshoes

It may take some time and practice to get used to the mechanics. Walk on the sand without sinking, taking into account the following advice:

Do Snowshoes Work On Mud?

Even though it may seem like a good idea, if the area is muddy the frame of the snowshoe might get stuck, making it even harder for you to move through the terrain. There is also a risk of the composition of the snowshoe getting damaged and even breakdown.

Snowshoes have proven to be a great asset on dry granulated surfaces (even with snow, it is preferable for it to be dry and not melting). The frame of this type of footwear is unfortunately prone to sticking everywhere.

An alternative to snowshoes is proven to work more efficiently on mud by using mud patterns. The basic idea of them is very similar to snowshoes, but these are often made from wooden boards that you will tie to your feet. On the other hand, snowshoes have a grid and no solid piece that will prevent the mud from entering the frame of the footwear.

The great thing about mud patterns is that they are easy to make, and if you are resilient and resourceful you will be able to make a pair for the upcoming terrain from the materials you have at hand. Keep in mind that, if there are any laws that prohibit impacting the habitat, and if you obey the Leave No Trace code, you should think in advance, and make a pair before going on that muddy walk.

Combining equipment is a good idea if it will save you time, or increase safety in any way. Snowshoes have proven to be a versatile tool that we might consider renaming since it has a wider application than just snow. In the winter people use it to cover some terrain and go to a secret spot perfect for skiing or snowboarding. It is advisable to expand your knowledge and skill in any area of your interest, like learning whether or not you can wear ski boots with snowshoes.

← Prev: Are Approach Shoes Worth It Next: Are Nike Roshes Good for Hiking → 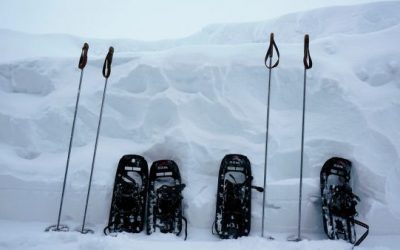 Are Costco Snowshoes Any Good?

Snowshoes are old and fairly simple aids used for walking in deep snow. Their goal is to reduce the intrusion into deep snow. The principle of operation is that the weight of a person is distributed over a larger area than the feet, so the deterioration is reduced....